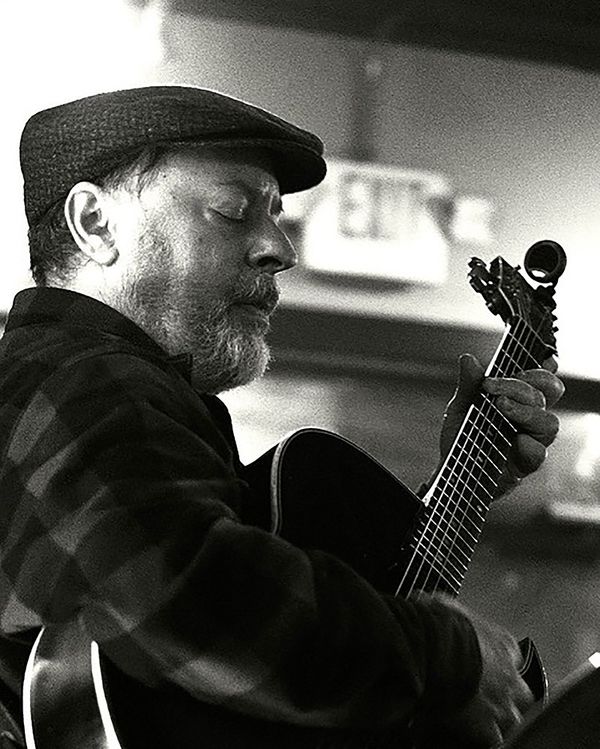 Frank Zappa has been quoted as saying, “Jazz isn’t dead, it just smells funny.” Well, that can’t be said for the blues IMO! Seems to me that the blues has never faltered in popularity. To this day, if I’m playing anywhere and begin playing a slow Back at the Chicken Shack ( a I-IV-V 12-bar blues by Jimmy Smith which I recorded on one of my very first albums, Live at Raffles), heads will turn, beer mugs will be put down momentarily, and inevitably I will receive applause and nods of approval at the end.

Now, I’ve met some players who look their nose down at the blues, as if a simple I-IV-V progression somehow fails to meet the level of the pantheon of “true” jazz compositions. But, I don’t agree and never quite understood that point of view. I think that Thelonius Monk and John Coltrane could (happily) play the blues all night if they felt like it, and I think that all developed jazz improvisers need to know how to play the blues effectively. If there’s no blues at all in your playing ever, then I think something vital is missing and your jazz playing won’t sound right until you correct the issue.

Having said that, Stevie Ray Vaughn and Wes Montgomery play different styles of blues, Stevie’s being essentially a rock style and Wes’s a jazz style. I love them both by the way! But, I’ve had some students who were well-versed in the rock style ask me how they can make their playing sound more “jazzy,” and what could they incorporate into their solos other than the pentatonic or blues scale? I love that question, and I have answers!

Now, there’s not enough space in this column to include all the answers in detail, but readers are welcome to contact me for a more in-depth discussion if interested. What I can do is to tell share with you my guaranteed success formula for a winning jazz-blues solo. This is something I give all my students interested in improving their soloing.

First are some general rules to making a fine solo:

Begin to develop, embellish, and vary that motif as your solo continues, so that you have essentially “composed” a new, simple melody. If you can sing it, it’s simple enough.

This simple sequencing and motivic development should serve to ‘launch' further lines, like a ’springboard’ to more complex ideas and longer, more ’notey’ lines or licks.

As you ‘get into’ your solo and play more notes, sometimes come back to your original theme. In classical terms, think J. Brahms or R. Wagner, in jazz terms, Horace Silver. Become more of a composer/arranger with your solos rather than merely a guitarist with good chops - i.e. be more selective with your note choice and strive to simplify by playing fewer, but possibly more impactful notes. Save your best licks for maximum effectiveness and don’t show ‘em all at once or too early!

Now, here’s my “formula” as it pertains to a basic 12-bar blues in the key of F:

Bars 11 & 12 I-vi-ii-V Turnaround - use either arpeggio, some bebop lick, or stick with the blues scale and/or any combination thereof.

Required knowledge: Chord spelling so you know what 4 notes make up each chord tone of each chord; the Blues scale; the B Lydian Flat 7/F# Melodic Minor/ F7 Altered  scale (all 3 scales have identical enharmonic notes: B C# Eb F F# Ab A B); the Minor Pentatonic scale.

Go forth and be better soloists - ask questions in your in-person lesson and I can demonstrate all that I’ve described above the next time we meet.