Some great stuff in the inbox today that will tempt your indie palette. I just want to mention that we get a lot of submissions to be reviewed and what helps to up your chances for a review is sending us something that we can stream on our site like a Youtube Video or something from Spotify or Bandcamp. If you are a publicist and like what we had to say about one of your artists please hit us up for an interview. We'd like to get to know your artists better! 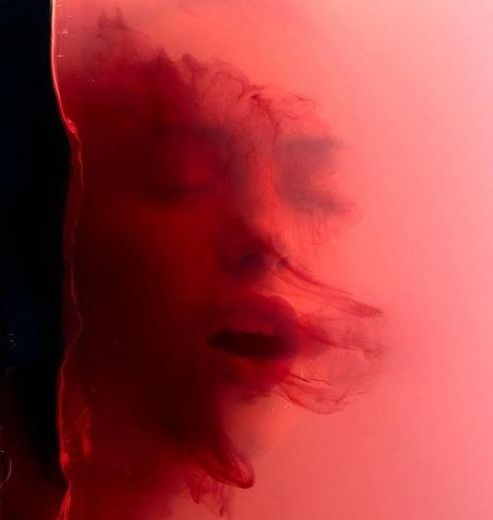 What we think they sound like: This kind of reminds me of something from the Bauhaus family tree like Tones On Tail. It's mellow with drums not as present as you'd imagine for this type of song on their new single "Kronzeuge". Following that is a cover of Depeche Mode that I'm not familiar with, perhaps because it's sung in German. Even their cover has that classic goth feel of something created in the early 80's with synth tones similar to New Order, The Cure, Echo & The Bunnymen, etc. I like this but have to be in the mood for it.

Songs to add to your playlist: It's No Good

What the band says they sound like: My Bloody Valentine’s, Liz Phair’s, Juliana Hatfield’s,Bilinda Butcher’s

What we think they sound like: This track really grows on you quickly. It starts out so sparse and just picks up from there as section by section a wall of sound is added to it. In a weird way it's like Phoebe Bridgers and new stuff vocal wise but musically it actually kind of reminds me of That Dog in that it's a perfect pop song with dissonant chords interjected to keep you on your toes. This track is compared to the Lemonhead's in the press release but I don't quite get that, it's definitely it's own thing which I think is better. Apparently a member of Fugazi plays in this band, that only helps but it stands on its own anyway.

Songs to add to your playlist: Lemonhead

What the band says they sound like: Fugazi,Violent Femmes, Minus the Bear, Beach House and Converge all stated as influences.

What we think they sound like:  I like this but it's more of a vibe like maybe Alice Merton or maybe even a little Courtney Barnett mixed with electro pop. I'm enjoying the groove, the synth lead melody riff and the vocals that are shouty but not crazy in a Karen O type of way, a little more subdued. Crowded House is a little more pop than Dark Glass. Dark Glass creates an ethereal mood and I find it harder to get into without drums even though the pulsing synths carry it.

Songs to add to your playlist: Crowded House, Dark Glass

What the band says they sound like: emo, shoegaze, and post-punk

What we think they sound like: This band kind of reminds me of the Hot Rod Circuit album "If I knew What I Knew Then" but mixed with a little more 90's influence. Tracks like "Petrol Head" come off slightly mellower and maybe more like The Posies with an emo edge. It sort of has everything that a band from 2000-2005 would be inspired by, so if you are feeling nostalgic you might really enjoy this. At times I also hear Piebald. I think there is a lot to like here.

Songs to add to your playlist: Petrol Head, Mauve Frame, Out Of Body

What the band says they sound like: no description in their press release, I can appreciate that, force the writer to do the work, don't give them preconceived notions.

What we think they sound like: A little whiny but at least it's super energetic. It has a good organic tone though, like the guitar is coming out of a JCM 900. It's kind of weird to me that bands are already nostalgic for the early 2000's but this is what was going on at hall shows back then and it did actually take me back. I don't mind it and if you loved that era you might love this.

Songs to add to your playlist: No Problem

What the band says they sound like: Built to Spill, Parquet Courts. and The Velvet Underground

What we think they sound like:  You know when someone says "This is right up your alley", well this is right up my alley. It's bits of Pavement, Built To Spill but with a great 60's feel to some of it. The vocal delivery really helps this stand up over a lot of other stuff in this genre. It's part Stephen Malkmus, part Lou Reed and that's a great thing. At times this record reminds me a little of Vampire Weekend too. There is nothing but hits on this upcoming record!