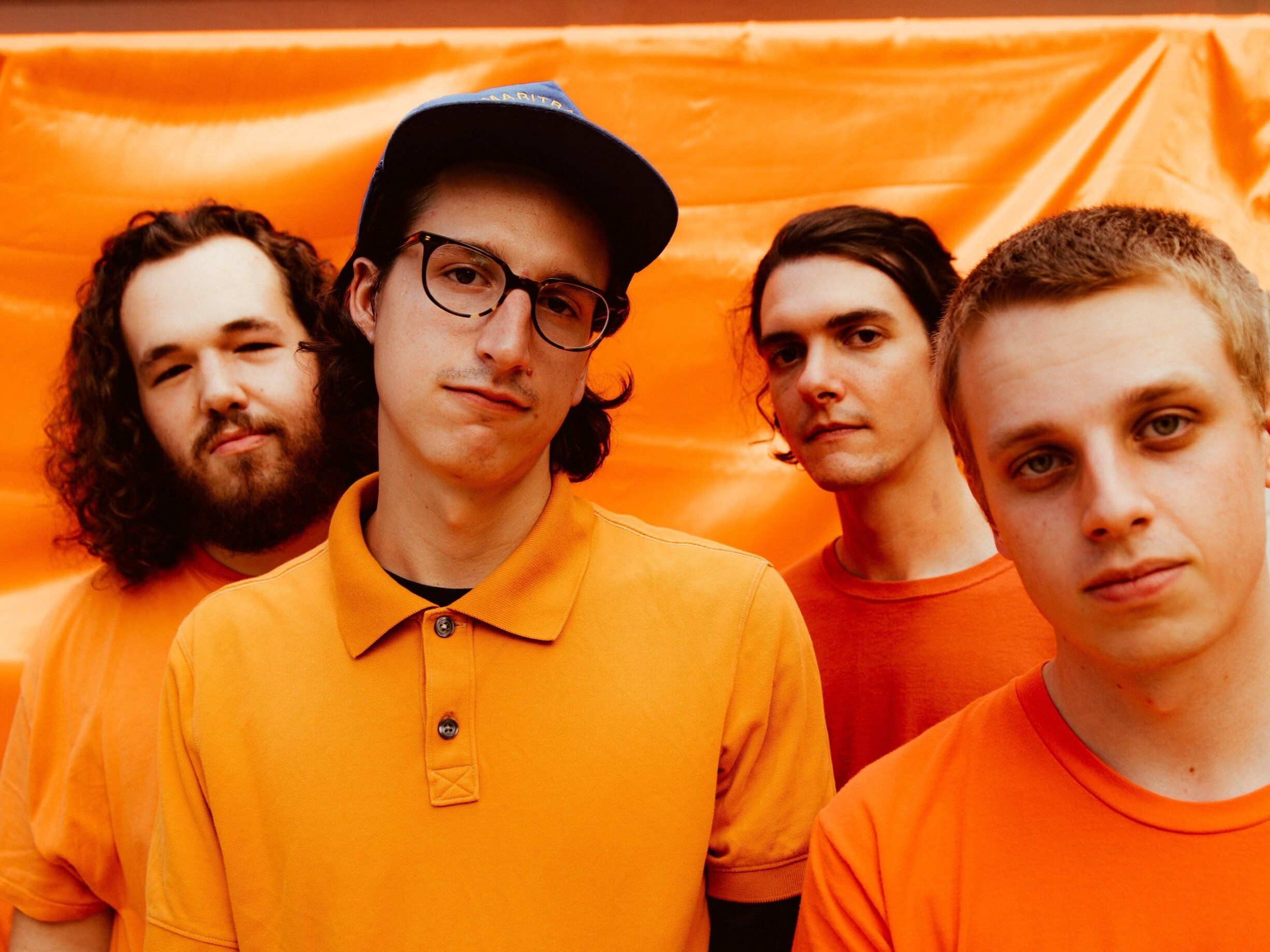 The band introduced themselves to us like this: "The band merges a dancey demeanor with an insatiable desire for more out of life, making for an incredibly energetic and heart opening live experience. When they aren’t shotgunning La Croix, Whitehall tours the east coast." So how could we not be interested in learning more? The band is going out on tour soon with the Goo Goo Dolls and hopefully this interview will make you get there early to catch their set! We caught up with the band and here is what they had to say:

We all met in college at College of Charleston. Paddy and Avery were random roommates and met Dave and Brennan through friends of friends. The first few years of the band were mostly writing songs in a dorm room and playing at our friends' house parties.

The band name doesn't really mean too much. There are a lot of neighborhoods and streets in Charleston called Whitehall, and it was the least bad band name we could come up with at the time. The other option we were considering was Wilson's Feet so we like to think we chose the better of the two. Since choosing it though we've come to like the way it doesn't imply any sort of style or genre off the bat and lets the music kind of speak for itself.

Dave was in a band in high school, but other than that Whitehall is everyone's first band. We all come from pretty different musical backgrounds too: Brennan played jazz in highschool, Avery taught himself by playing along to metal and blues records, Paddy grew up playing folk/acoustic music, and Dave was a big grunge guy growing up. It made for a pretty chaotic writing process in the early days but we've definitely found some common ground now and feel like we've really settled into a sound that blends the best of all of our crazy influences.

It's always changing. Early on we just got together to write every once in a while whenever someone felt inspired or had an idea. Our first album took like 3 years to write this way but it came out feeling really fun and genuine. Since then our process has gotten a lot more refined and intentional. We just recorded our third album back in January, and we decided to rent a cabin in the mountains and write the whole thing in two weeks. We tried our best to not bring any ideas from home so we could write the album from scratch as much as possible. It was a really exciting and collaborative process and we're really excited for people to hear what we came up with.

Pavement has been a really huge influence of ours recently. They inspired a lot of the production on our upcoming record. We're also big fans of bands like Car Seat Headrest and Hop Along. Individually our taste varies quite a bit, and we tried to capture that in the playlist. The process of finding a sound that incorporated all of them without sounding like a big mess was a little bit arduous in the early years, but we're all pretty happy about what we've settled into.

We're pretty proud of the live show we've built over the years. We got started playing house parties in college so we learned a lot about playing with passion and energy early on. Since then we've been able to add in some more introspective and serious moments into our set and we think we've struck a pretty nice balance between the two.

Live and recorded music are both pretty different mediums for us. When you perform live, you get to make creative decisions in real time based on the way the audience is responding. And the way that the audience can participate in the work by singing/clapping/dancing etc. is really cool too. It's a fun way to explore the relationship between audience and performer. In a studio though, you have the time and resources to be really meticulous and picky with the music in a way that just isn't possible live. Our recorded music is probably a much closer representation of the four of us as individuals, because we're able to get exactly what we want. But since we don't get audience feedback in real time, we have to use our imaginations to predict how people might feel about what we're doing. We love both and try our best to play to the strengths of each.

7. Has the band tour? What has the touring experience been, best shows?  worst shows?

We've been touring pretty regularly since we finished school in 2018 and we feel like seasoned road dogs now. Until pretty recently we were mostly playing DIY shows on the East Coast. There's a really special energy when you're playing in someone's living room or basement. We get to play slightly nicer venues these days with green rooms and clean bathrooms, which is a welcome change, but we'll always remember our house show days fondly.

Best: Hard to choose, but recently we got to support Wilderado in Davenport Iowa. The crowd was just really excited and receptive and it made for a really special night.

Worst: 4 or 5 years ago we played at a brewery here in Charleston. We used to have a saxophone player and he was so violently ill that he had to run to the bathroom every couple of songs. We had just written a song that we wanted to put on our first album, but we played it so badly at that gig that we decided to remove it from the set and never played it again. There was also a children's birthday party sitting in front of us that kept asking us to turn down. We still have nightmares about this one.

We're really excited to be hitting the road in October with the Goo Goo Dolls. They were Brennan's first concert so it's a pretty cool full circle moment. We also wrapped up our third album recently and are making plans to release it soon. It feels like our best work to date and we're excited to share it!