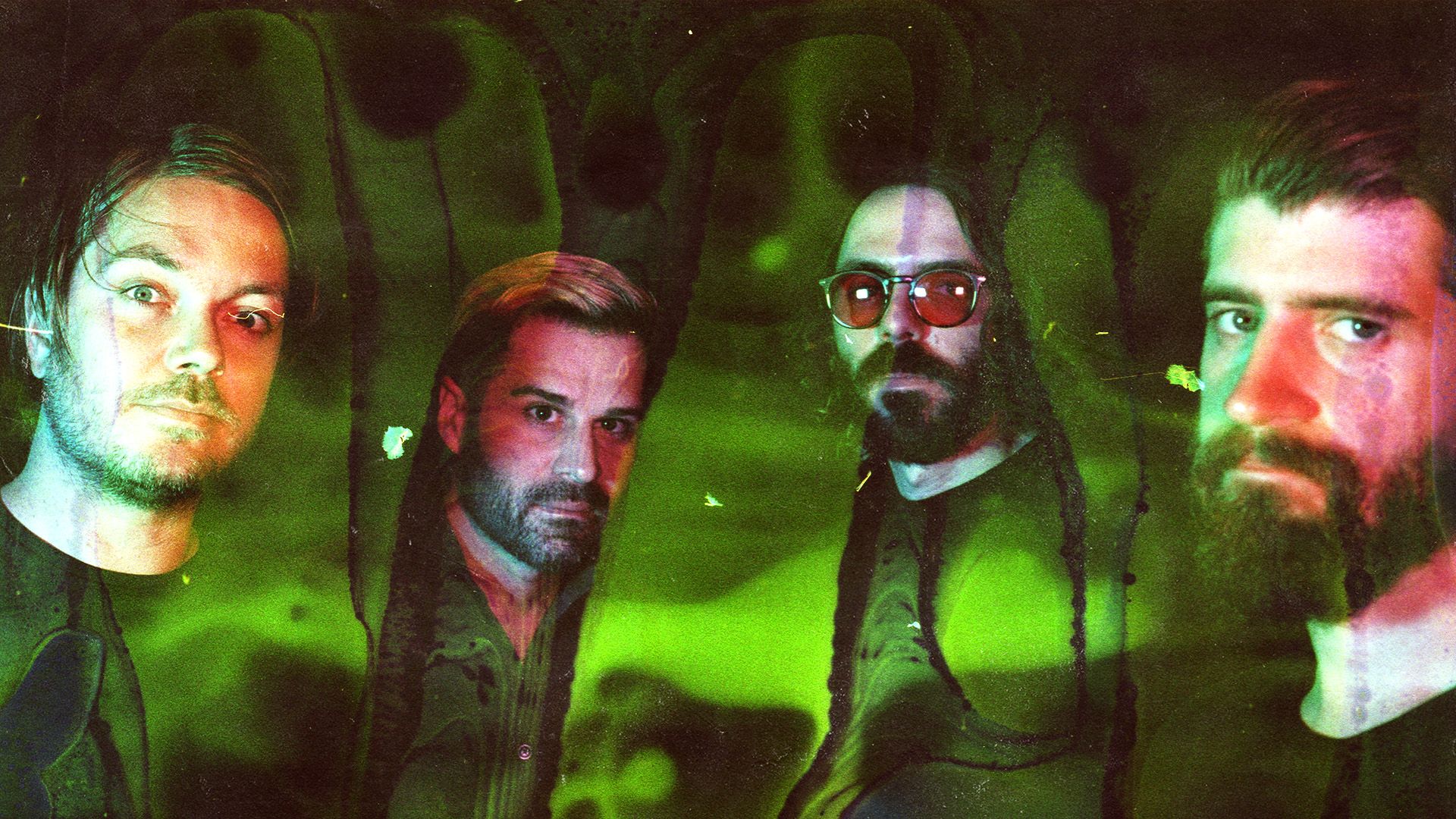 Every week we are listening to everything that gets sent to us. If we dig the single we invite the bands to tell us more about themselves. This is from Brooklyn band Living Room: "anchored by a decade-long friendship between their members. Influenced by late '90s and early aught acts, Living Room injects a distinctly fresh perspective, heaviness, and mysticism to their brand of emo, shoegaze, and post-punk. Their discography displays their evolving and precise musicianship with lyrics that reflect the complexity, vicissitude, and euphoria of life."

The band formed in 2010. John Nicholls and I had been playing music together for some time while at college in Albany. I was good friends with Scott Fitzpatrick (lead vocalist and guitarist) and drummer Fred Trumpy from back in high school in Long Island. Scott and Fred were playing in The Marine Electric at the time and John and I were in love with the music they were making. One day Scott came upstate to visit and the three of us jammed. We knew immediately we had something. I moved down to Brooklyn and John followed shortly after. I remember being so excited about the music we were writing we could barely wait to get Fred on board. After the first time all four of us played we knew we needed to keep doing it.  Fred is not only an incredible drummer but he also has a great ear for arrangement and structure so when he joined in it was like the missing piece to the puzzle.

As for the band name -  At first we did the majority of our writing while living at a show space in Brooklyn called Emerald City. We would hang in the living room and play on acoustics or whatever was within reach. We were attracted to the name because we saw sort of a triple entendre in it. Living Room as in the name of the room, Living Room as in the feeling that the space and objects in the room were alive and had a pulse, and Living Room as in the way music and this project in particular allotted us the emotional space, or room, to live and feel the sense of freedom we were looking for.

The most notable previous project from anyone in the band is The Marine Electric. Scott and Fred were in that before and at the beginning of the formation of Living Room. As I mentioned, this project was a big influence on me and John when we were just starting to play music together upstate. I still love all of those records.

It's hard to pinpoint when I first started to really get into music. My mother is a huge Beatles fan so I remember those records constantly playing around the house and loving those songs. I also remember having a Billy Joel - The Stranger cassette tape that I played constantly when I was super young. But in terms of really developing my own taste and getting into more alternative music it was probably around 7th grade. I thought the kids who were skateboarding in my neighborhood were cool, so I bought a skateboard and started kicking it with them. They introduced me to bands like Rancid, Op Ivy and Rage Against the Machine. My older sister introduced me to Saves the Day. Then we all got into the local ska scene for a while, which was huge on Long Island at the time. The intense DIY ethos and tight knit community it offered made me feel right at home. Having said all that, the first time I remember being truly obsessed with something was probably after hearing Weezer - Blue Album. That and Pinkerton. Those records opened a lot of doors for me.

The first concert I ever went to was The Beach Boys at Jones Beach Theater with my father when I was super young. They were very much past their prime at the time, but I remember bits and pieces about it and how much I loved the energy of being in a packed theater with live music.

The first show I went to on my own was MxPx, The Movielife, Good Charlotte, and Ultimate Fakebook at a place that no longer exists called The Vanderbilt. My mom dropped me off and picked me up. I met a lot of friends I still have to this day at that show.

Scott writes the majority of the songs, with John contributing 2-3 on each record as well. We call Scott the skeleton man because he usually comes in with the bulk of a song, maybe some verses and a chorus, and we work together to arrange it. I think I can speak for all of us when I say we love the writing process. I love hearing something and thinking about it in terms of structure and orchestration. Both Scott and John are great at not having too much ego and letting the rest of the band have some input.

When they do bring something in that is completely done, we will mess with layering and pushing and pulling the rhythm here and there. As much as I like working together as a band on something in terms of arrangement, I equally love seeing them come in with intense conviction about a song - when they feel like they already know exactly how it is supposed to go.

The list is so long and constantly changing. Check out the spotify playlist - I did my best to include both older material as well as some contemporary stuff the band and I are currently listening to.

We love playing live. There was a time we would all still get a little tight before a show, but I think that has long passed. We try to remember if you're not comfortable up there, no one will be comfortable and loose watching you. It's about bringing the audience in, and making them feel like they are a part of the performance - which they really are.

We do our best to have the live performance match the recording but we really don't get too hung up on that. We love the art of the recording process so if we think the song will sound best with a subtle keyboard or extra shakers in the studio we will add them to serve the song - even if we can't execute every little thing live.

Yes we have. Our first tour ever we booked around when The Promise Ring reunited in Chicago in 2012. I remember all of us buying tickets for the show and then being like, welp, we have to get out there...let's play some shows. We also did a full U.S. tour after our first LP, Moonchaser. That was the time of my life. So many ups and downs, but I wouldn't trade it for anything. Since then we've mostly stuck to 9-12 day northeast tours or long weekends. All of which we always look forward to like Christmas morning as they approach. We've gotten really good at hanging in a van together over the years, and nothing feels better than setting off that first day you hit the road.

As for the best show - that's a tough one. When it comes to road shows a couple places come to mind. We played Ithaca off our first E. P. Dream Journal. Although the show wasn't huge, it was the first time we noticed a bunch of people singing the words back to us. It is special to me for that reason. We also played a place called Dag House in Cleveland a few times - that was always one of our favorite places to play. Packed, sweaty basement shows with everyone singing along. We always circled that place on the map when we were heading out for a tour.

Locally, we opened for The Sidekicks at St. Vitus - the place was packed and the energy was great. We killed it that night. And of course, the shows at Suburbia. Suburbia was a DIY venue all of us lived at in Brooklyn for a while. Every show there was special.

Worst show? I would probably go with a show we played in LA. We played on a bill we totally did not belong on. All of the other bands were soft surf rock and like 10 years younger than us. I think we were too heavy for everyone and basically scared most people out of the room when we started playing.

8. What's up next for the band?
Next up is more live shows! We just released our 4th LP, New Years, and we want to get out there and play these songs. That and writing. The process of putting out a record can be a lengthy one so you have to be constantly ready for what's next.