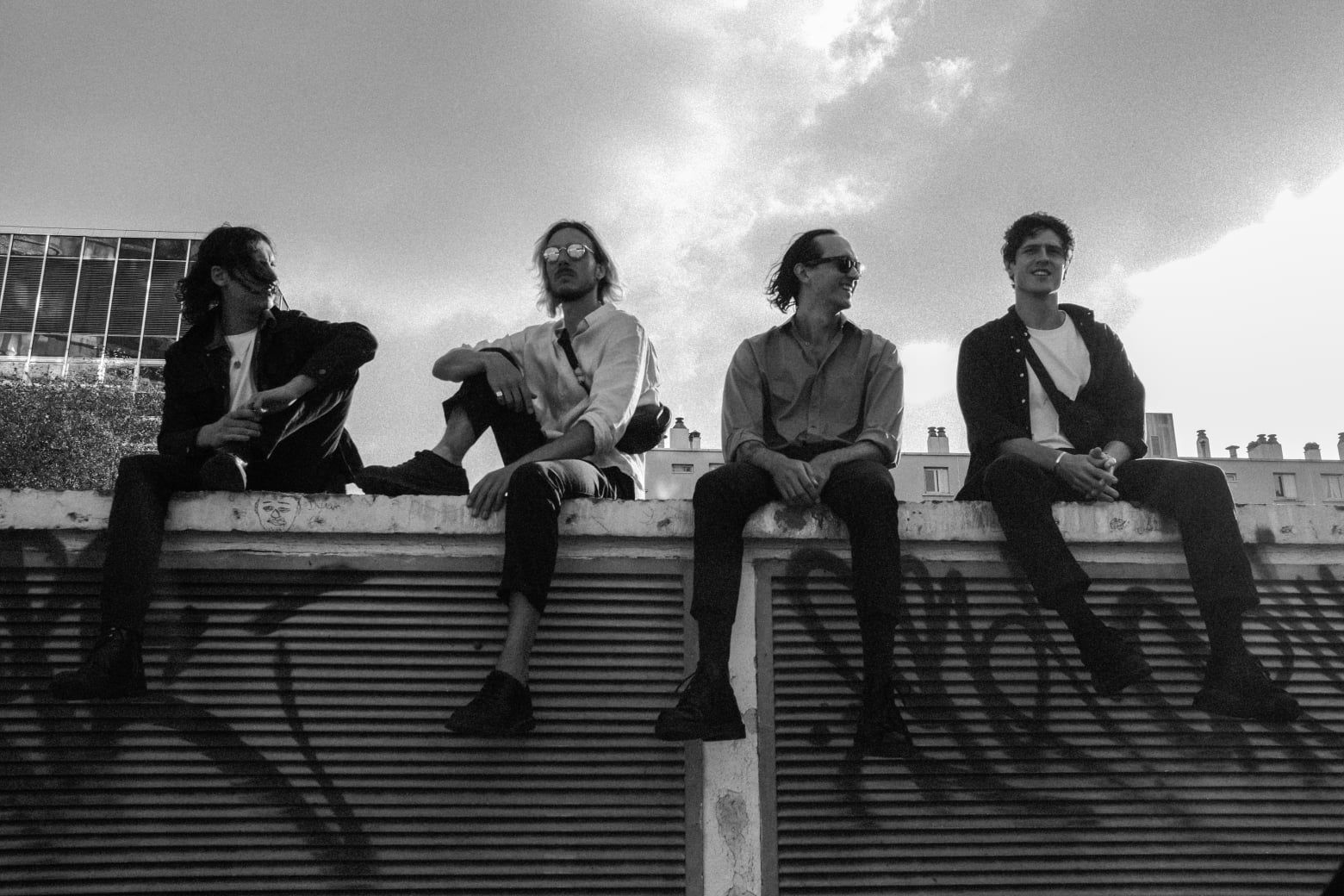 Brilliance, as in, the solar light flaring as it burns up a doomed planet somewhere. Such crisp production. So sad, so smooth. I love this release. Thank you once again, France.

I’m waiting down the shore for the prophesied collision between the Sun and Earth to finally manifest. I’m drinking alone in a forgotten ruin somewhere near Antwerp. I’m drinking hemlock in Ancient Greece. I’m at the Bronx Zoo on a sparsely attended weekday, staring eye to eye with a sad faced herbivorous creature. It is sharing the unique understanding we both have of our mutual entrapment. I’m on a rock in the void, it is in a cage on a rock in the void. Of the futility of thinking beyond the immediate. I feel comforted because the zoo management has decided to pipe this release by Inner CIty Basement through the crackley overhead speakers near the animal cages. Some neo-noir postmodernist film nerd who works for the zoo has a sense of humor or irony, or comprehension, and for this moment, we are all the trapped animals.

So yes, I would recommend this release. They talk about soundscapes in their bio, and I can see that, but I would venture to say these songs delve deeper than that. They are not just background music, these are fully formed pieces. Dreamy and dark, very well produced. Everything audible, vocals in key, nothing pitchy to fudge over with waves of reverb and delay. The dude can sing and the balance between the vocals, drums, guitar, and bass are immaculate. Contemplative.

There is also an interesting play between major and minor keys. You can hear that especially in songs like “We Don’t Belong Here.” Beginning brutalist and oppressive, setting a bleak tone, transitioning to the major key later in the tune. I like when bands do this, when they begin minor and use major keys for the chorus, when done well it is clever and creates emotional contrast. It is refreshing to hear major keys with dark subject matter. Mylar birthday balloons at funerals. Inner City Basement know how to balance the two and clearly have been thinking about their music, not just rushing to record another dream pop EP that can pile itself on the sad heap of others.

Dig the uptempo of the track Colour and Sound. It reminds the listener that these folks can do fast and slow, can keep it moving without succumbing like Artax. Look that super cool reference up. It means I’m so cool.

Black Leaf, wow, that opening line and sound is so sparse and beautiful. Neo-Romantic notes and hints of Western (a bit Chris Isaak) in there even. Great use of every instrument. They leave plenty of room for the guitar notes to tremolo out, to echo, to affect the listener before being infused with the larger sound of the other instruments. I mean, I’m guessing they are talking about weed, maybe?, but this Black Leaf 7 sounds more like hemlock, or something else poisonous, something transporting, but not necessarily to a place of joy or the respite of death. I think he is saying “All’s black in heaven,” or “Halls black in heaven” which feels like a commentary on the failures of being in another state of mind (that may just be me though).

Nice use of panning between certain guitar parts as well. Inner City Basement have done a wonderful job of taking sounds (such as pseudo-surfy guitar tones), employing them towards something darker, thoughtful, and richer. I’m a fan. Check them out!