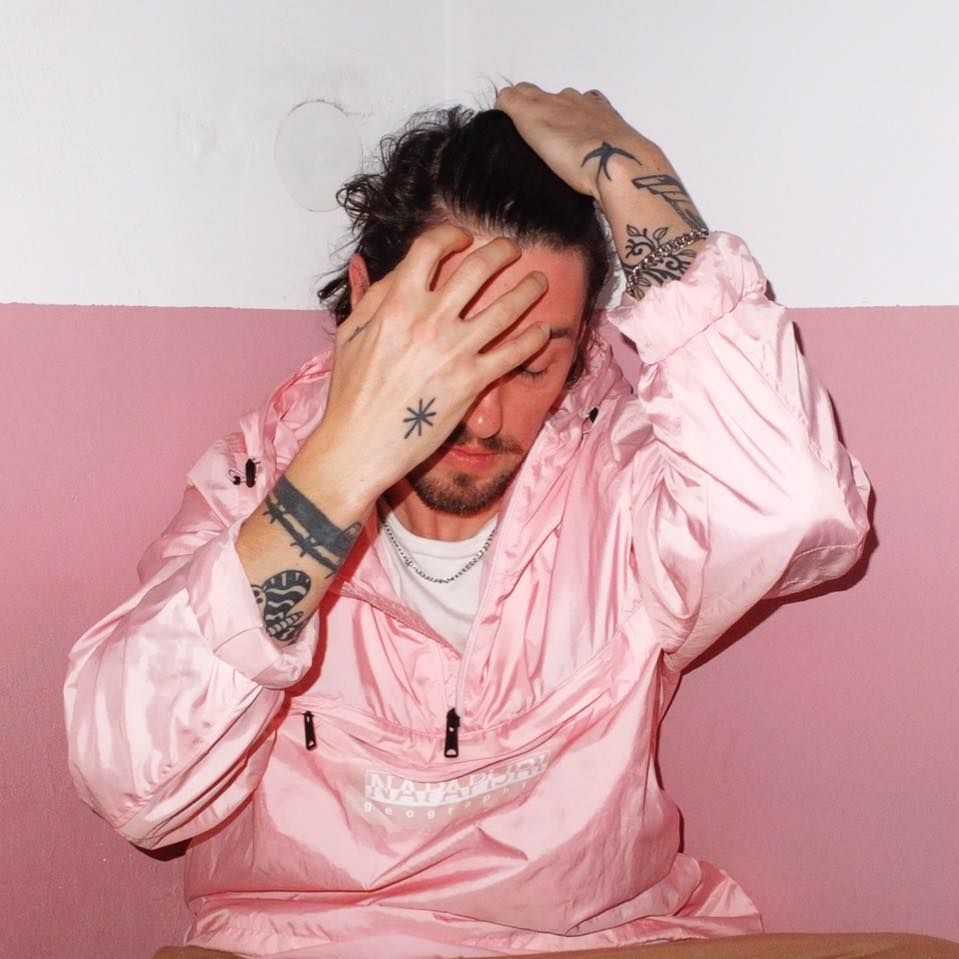 Air Hunger from Poland sent us their debut album F-I-X-E-R and it’s claim to fame is the whole album was recorded on an iPhone. I don’t know if I’d brag about that because it kind of sounds like it was recorded on an iPhone. Track 1 is guitars and vocals drowned in reverb. It comes off as atmospheric and I wouldn’t have known that it was recorded on an iPhone especially since the guitar is full and does have some bass to it. Track 2 “Felt Like Dying” is a little more traditional and introduces acoustic guitar, clearer vocals and a drum track. The drums out of nowhere just raise up about 59 seconds into the song. Which is good because that needed to happen but it happens rather abruptly.  I have to ask why? Why record this on just an iphone?  The music is great, the vocals fit the music but it’s one flaw is it’s definitely rough around the edges production wise. It’s missing a level of clarity found in studio recordings but that’s ok, because Lo-Fi is very in right now.

Track three “Control” opens with a more full signal drum sample and electric guitar sporadic and sparse with a very buried vocal. The album almost takes on a soundtrack feel from some dystopian Nicholas Winding Refn film. These are all very good songs by the way, I guess in a way I wish they’d not told me that this was recorded on an iPhone. Although I get the appeal of the simplicity of these tracks, back in the day this sort of album could have been done on a Tascam 4 Track because with each track we are basically hearing vocal, guitar, soundscape sound effect, and the occasional drum sample. Almost as if that is the band, those 4 things and even though held to that limitation the songs don’t feel limited. The mind almost makes the simple soundscapes and acoustic guitar morph into strings and synths that aren’t actually there.  It’s all a mixture of delays and reverbs creating an interesting wash of sound.

It’s weird that this sounds cinematic to me. The atmosphere each track creates takes you to a dark place. The one song that has some semblance of pop is the Nirvana cover of “Negative Creep” but it definitely takes a few moments to recognize the melody as it’s played with power chords and in the same lo-fi style as the rest of the album.  Songs like “Panasonic” sound like they should be playing in a lounge bar somewhere in Hell. This is a weird comparison but to me this album is the musical equivalent of this movie called “Into The Void”. The movie is a little bit formless and floats through the hours after someone has died and their journey seeing the events that unfold after their death in almost a total dream like state. This album to me sounds like that movie. This is laying on your floor with headphones on, no distractions, meditating on existential dread type music.  It definitely is not what you’d throw on at a party and that is ok. It has it’s place.