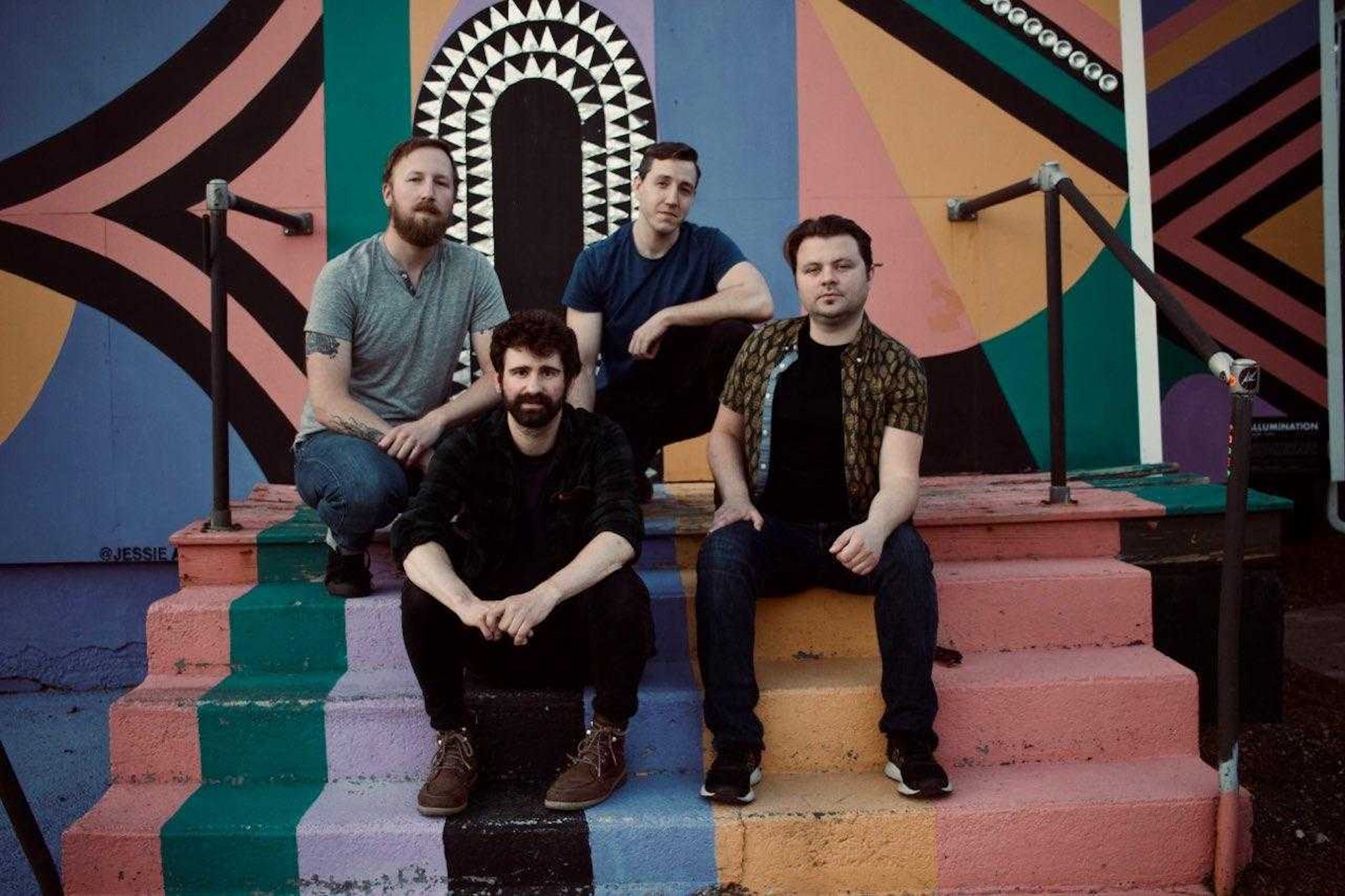 With just two singles currently floating across the internet, FEEP are quickly making waves in the Boston music scene. The psych-pop band released caustic debut single “Take A Pill” in September, and quickly followed it up with October’s “Waiting,” a ‘60s-flavored retro-pop cruiser that arrived just before Halloween. Now the quartet are preparing to release debut album 'FEEP Has Landed' in December, so Blood Makes Noise caught up with the band to discuss their moniker, creative songwriting process, and the songs that inspired their own music.

FEEP: The band formed during the pandemic. It was mainly a way to keep busy musically while most venues were shut down and bands were on hiatus. After a while, things really started clicking, and we decided to go for something more serious. It felt like we were really onto something. FEEP is the alien host of the 1960s weekly b-movie show Fantasmic Features; it was a placeholder at first but it kept making us laugh, so it stuck.

FEEP: Friendly Psychic Strangers, Bombay Fugitive… we’ve been in a few different acts in the scene over the years. We met each other kind of by accident which is cool.

Bobby: The first show I saw was a guy playing guitar and singing when I was like 4 or 5. You know, kids’ songs about carrots and what not. I was mesmerized! Bought the cassette and listened to it daily haha, I didn’t know that was something people did!

Tim: I went to whatever shows my older brother let me tag along to as a kid. The first rock gig I can remember was an Aerosmith show at a big outdoor venue, so it’s basically been downhill from there, at least in terms of how many scarves were on the singer’s mic stand.

FEEP: As a band? All different ways, sometimes someone comes in with a finished song, sometimes it’s a jam or a riff that gets the ball rolling, you know regular band stuff. Some of the best stuff comes when we bolt together totally separate ideas coming from different places and workshop it until it starts to sound like they belong together.

FEEP: On our playlist we’ve hit some staples across the decades from Austin psych rock pioneers 13th Floor Elevators, or solo John Lennon, all the way to modern favorites like Oh Sees or Ty Segall; as well as some local favorites New Aura and Black Beach. I think the best part of our musical influences is that we all share common ground, but still bring individual taste that helps us expand our musical output beyond one specific sound.

FEEP: We love playing live. We started as a live group, we love playing in the moment, making it feel real, it honestly makes us feel alive. Studio is a different type of thing, like painting instead of a live play. We don’t worry too much when we’re adding layers in the studio about how we’ll recreate them live. Both halves are important and have their role to play, it’s great that as a musician you get to do both. We don’t worry if the two halves line up perfectly, that’s the fun of it. More ways to express yourself.

Has the band toured? What has the touring experience been, best shows? Worst shows?

FEEP: No tours yet, just a ton of local shows. The grab bag of local gigs is part of the fun – of course it’s great to make friends with new bands in the scene, but over the years some of the best stories come out of getting paired up with a vibraphone-fronted pop band or a magician or some other lovable or vaguely frightening weirdo. We had a great time at Ralph’s in Worcester over the summer, killer venue and kind of a diamond in the rough. Bobby stayed in the worst hotel he’s ever been in that night, I swear it smelled like someone died in there! Not much sleep that night lol.

FEEP: Shows and more shows: We’re playing December 3 at The Jungle in Somerville, and our album release party is December 7 at O'Brien's Pub with The Endorphins and New Aura. Our debut album drops next month and a couple videos are in the works. We have two singles out at the moment “Take a Pill” and “Waiting” that we’d love everyone to check out.