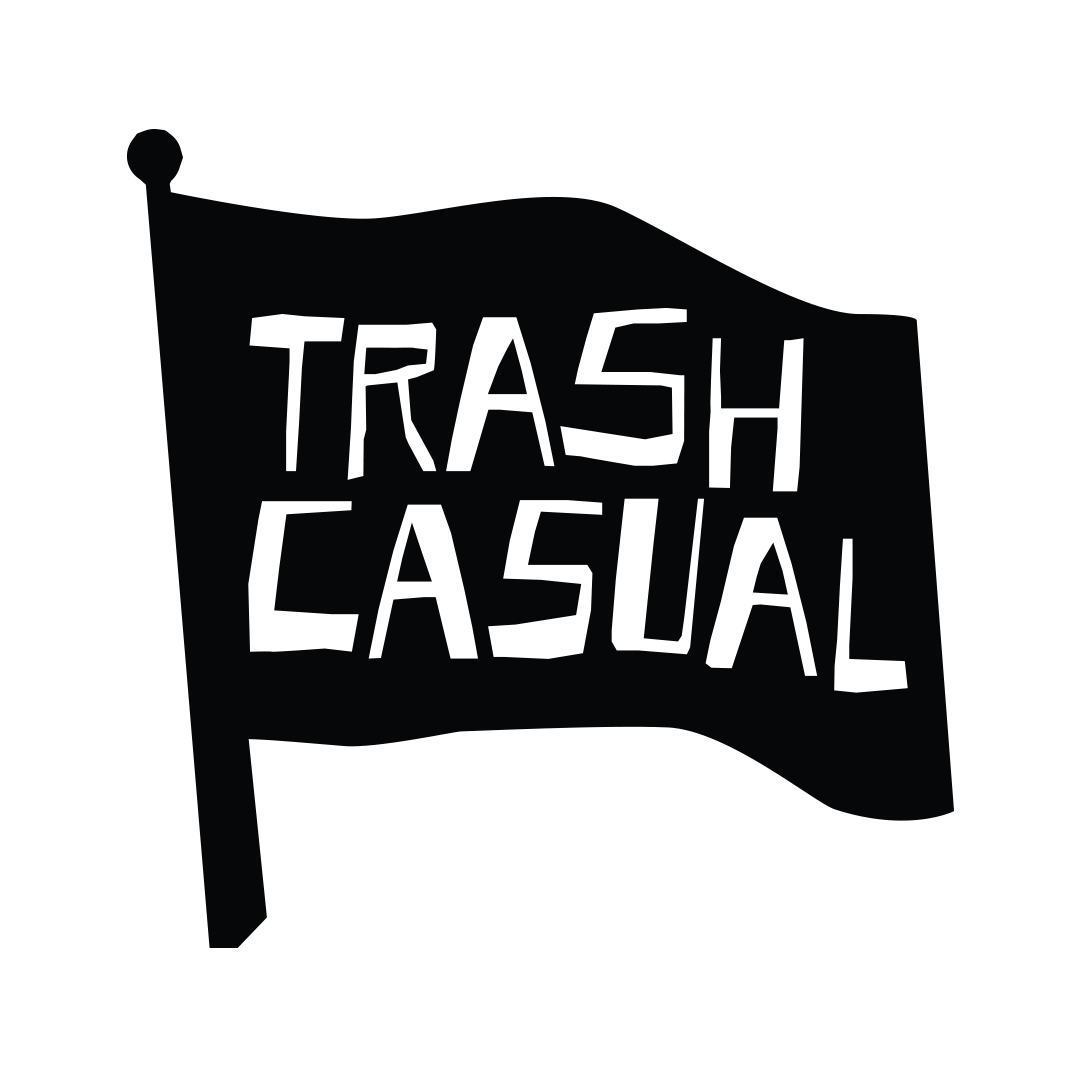 If you've been to Bushwick, Brooklyn you'd know the name Trash Casual is the perfect name for a record label that inhabits the neighborhood around Maria Hernandez Park. Label owner AJ Tobey had decided to throw a back yard show at the labels headquarters right across the street from one of Brooklyn’s best venues, The Sultan Room. The show had a sponsor, “Illegal Mezcal” Tequila who was gracious enough to provide booze for the bands and a PA system. The night would host Brooklyn’s Dead Tooth along with Adam Thompson of We Were Promised Jetpacks and from Florida The Pauses. 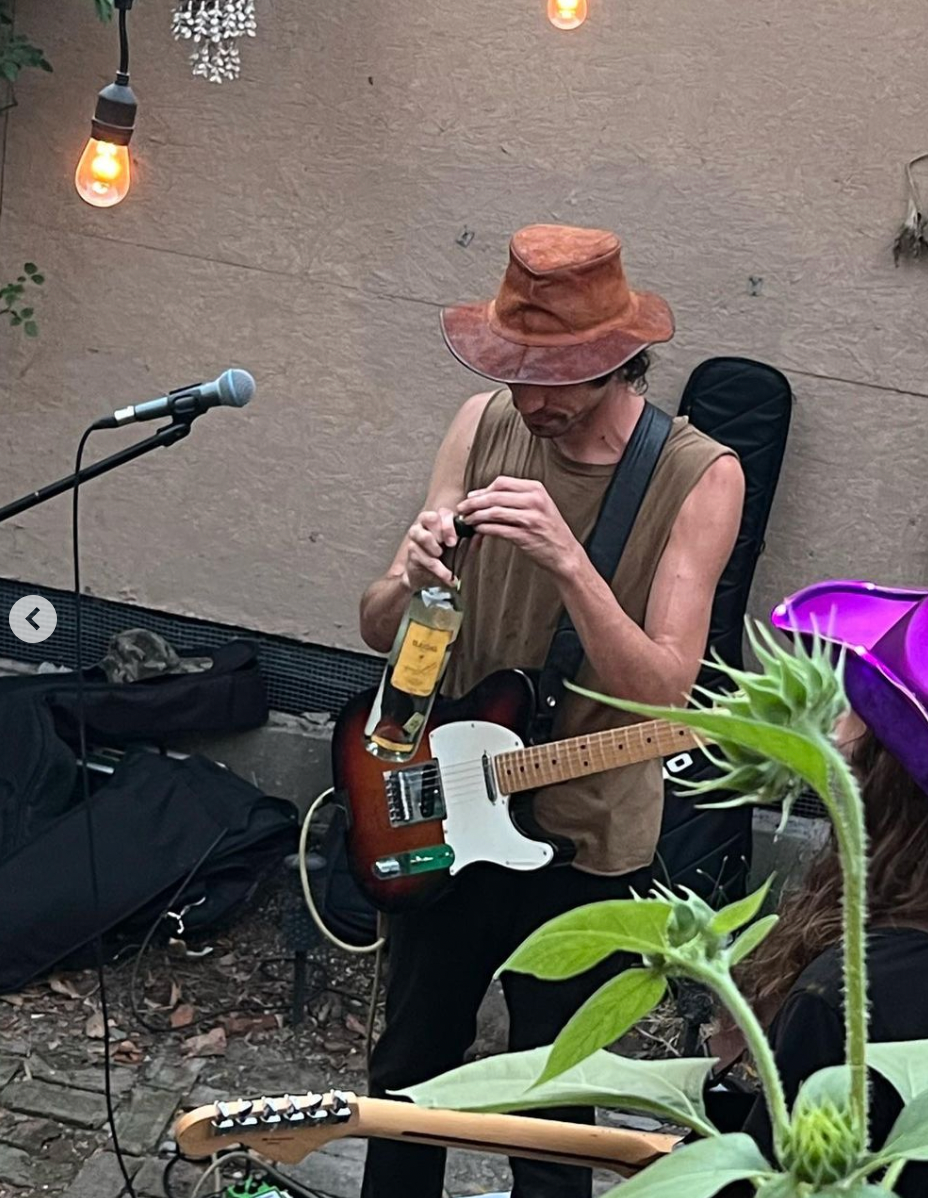 As I walked up the street to the show, signs lined part of the block expressing that a harsh rat poison had been laid down and not to touch it. That kind of sets the scene for Bushwick. A very industrial area that resembles how New York looked in the 80’s and early 90’s. As I entered the backyard where the show would take place. The Trash Casual crew had already canvased the neighborhood warning neighbors that they would be throwing a show and that they were invited. With a venue across the street that has DJ’s and bands on their rooftop, music on the street is no strange thing. 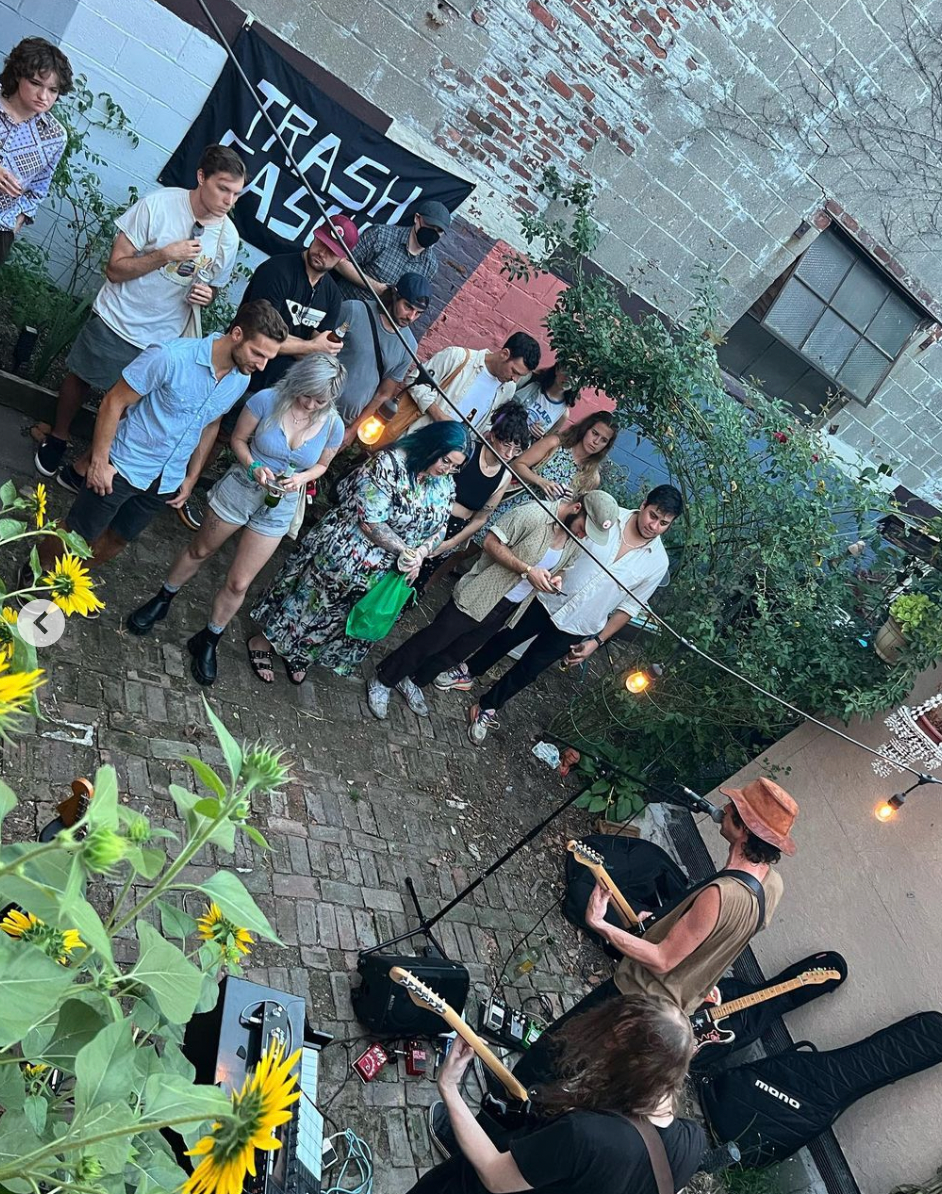 Dead Tooth started the night fresh off almost sold out shows at Market Hotel and a huge outdoor show at Maria Hernandez Park. This was their home turf and quickly the small backyard filled up to see this somewhat odd incarnation of the band. Usually a 6 piece with saxophone the band tonight would be a drum machine with 2 guitars and bass. As singer Zach James sipped from his free bottle of tequila the band started up their drum machine which kicked in like a Joy Division song. The bass was driving pulsing in a dance punk style as high pitched lead notes drenched in reverb followed with rhythm chords playing fuzzy power chords, which gave it all the more that Joy Division feel. The vocals much smoother than Ian Curtis with a New York cool in the vein of Julian Casablancas and the NY swagger of Lou Reed and Thurston Moore. The band played to an enthusiastic crowd who got to hear these unique versions of Dead Tooth favorites. 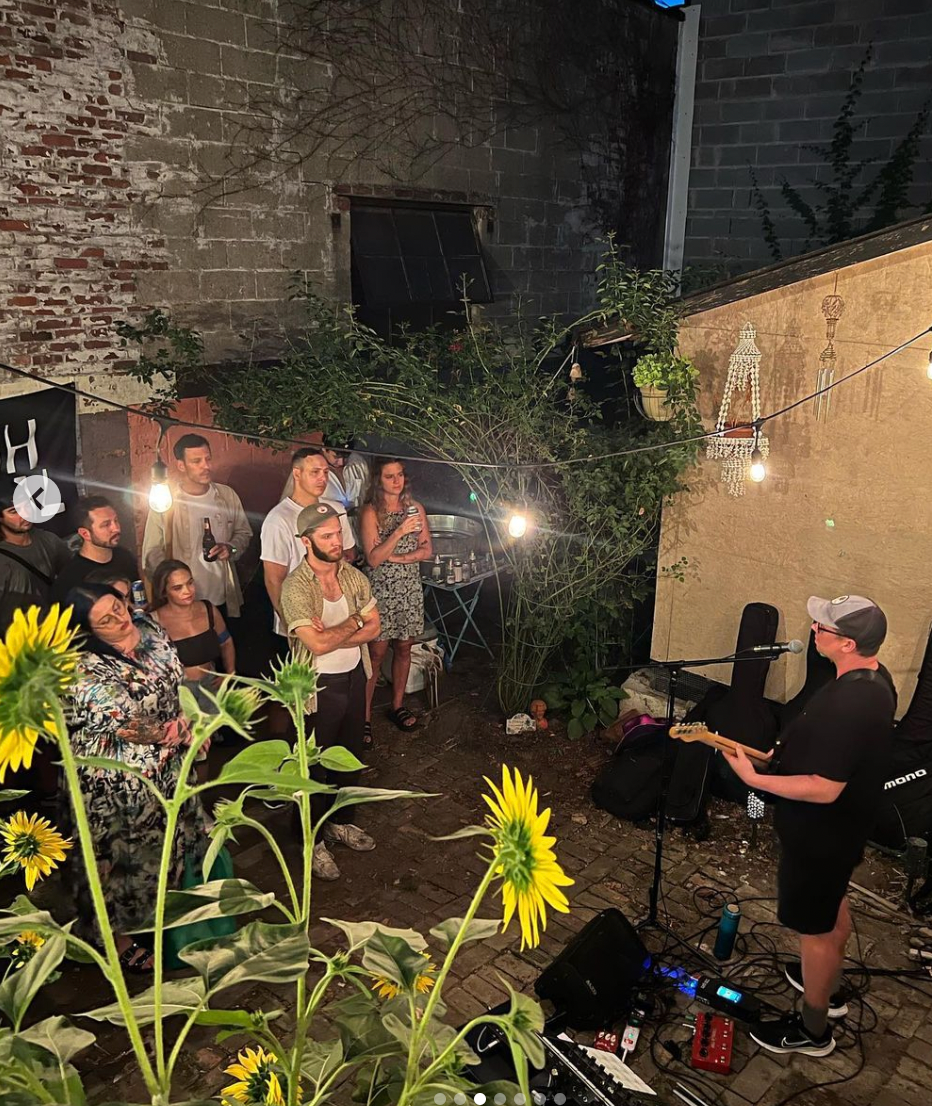 Next, Adam Thompson of the Scottish band We Were Promised Jetpacks took the stage. The band originally known for their driving indie rock sound with big drums and booming bass covered in angular guitar sounds on their debut hit record “These Four Walls” was solo on clean electric guitar tonight. As he went into a set of delicate songs more in line with Thom Yorke solo then anything resembling the bombastic full band version, the room was so silent you could hear a pin drop. The audience hung on every note. The set closed with arguably Jetpacks most famous song “Thunder & Lightning” in a spine chilling version where Thompson only grew quieter in the parts that were usually the big build up. As he sheepishly let out the lyric “Your body was black & blue” over rung out full chords it was in stark contrast to the huge build up in the original song and gave it quite a different feel. Truly a beautiful moment that stood out. It for sure makes me want to not miss the bands upcoming appearance on October 30th at White Eagle Hall. 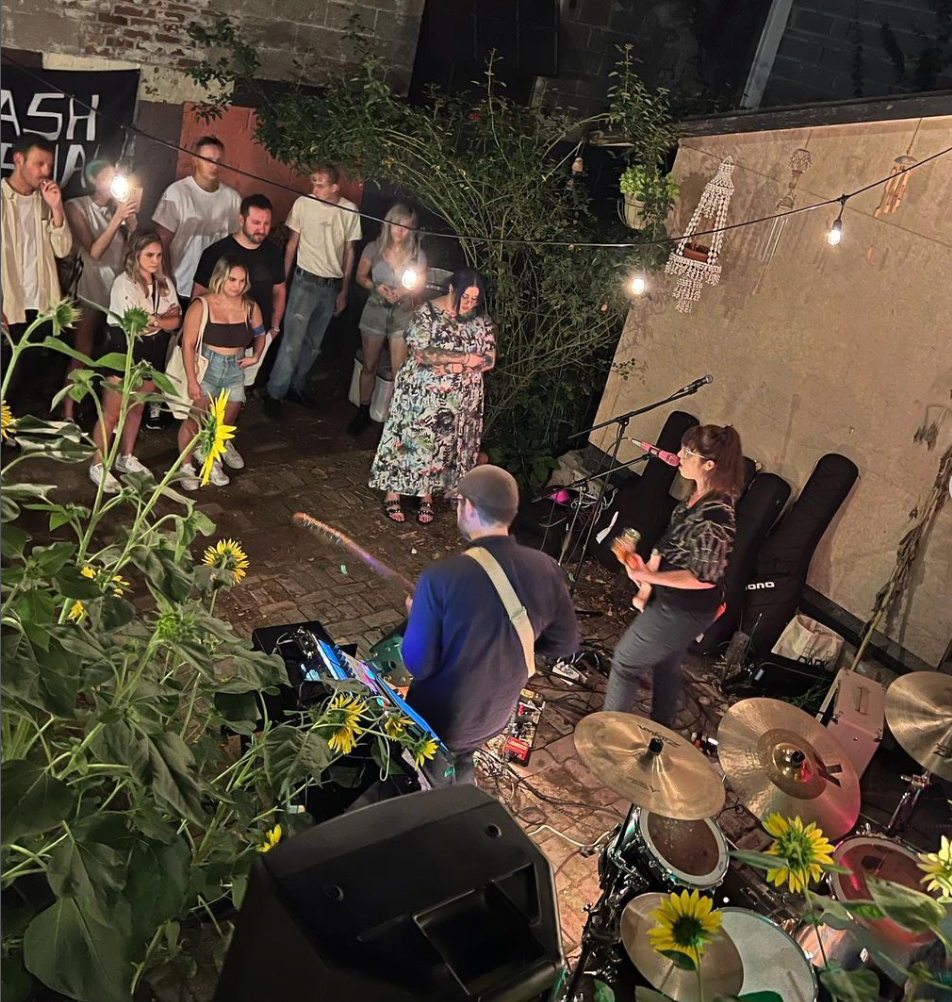 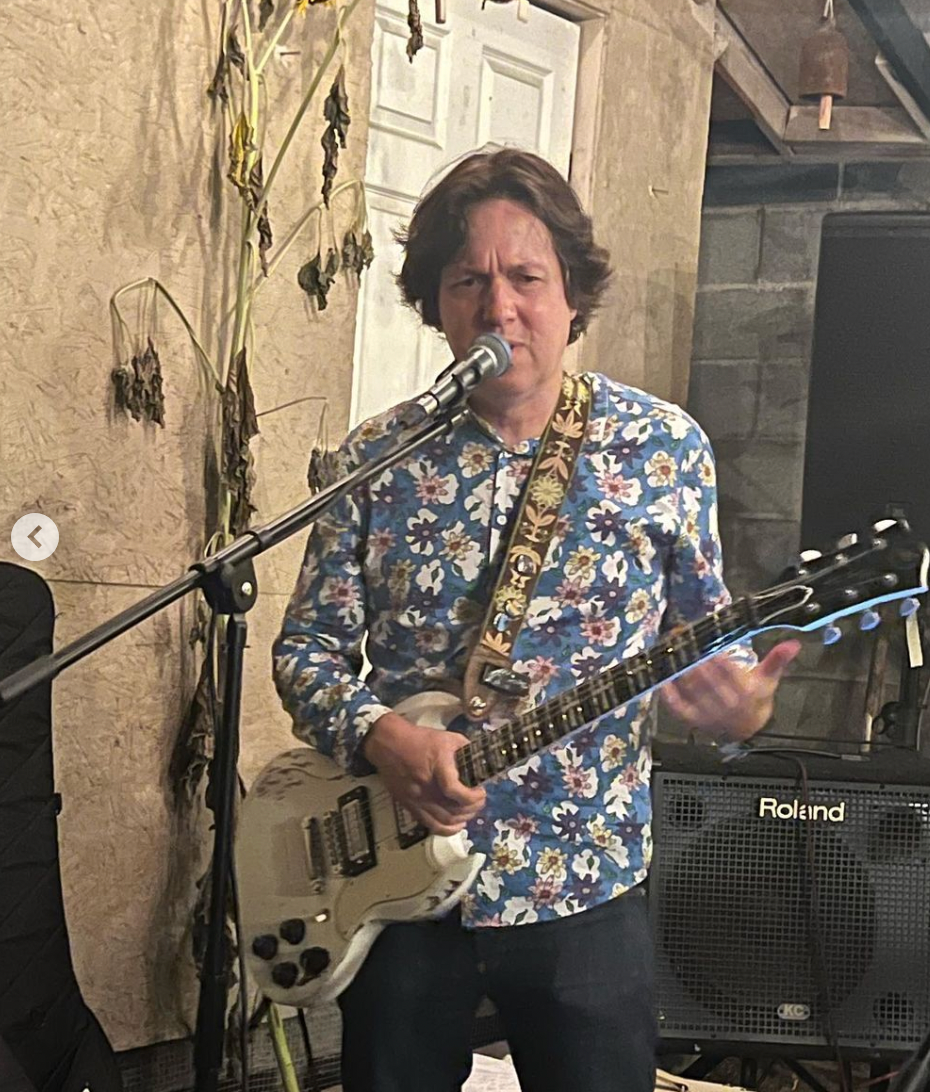 To close the night comedian Dave Hill joined Florida band The Pauses to first perform a comedy set with a guitar over a song performed by The Pauses about pick up lines that only work in New York. I vaguely remember one being about a Starbucks bathroom and another about the L train. In between each one Hill shredded in a Hendrix-esque style as The Pauses backed him for the first bluesy number. Later Hill would also join the band for an amazing version of Dinosaur Jr’s “Feel The Pain”. The Pauses I am convinced would be a household name if their quirky style of power pop was around in the late 90’s. The band used sequencers and a Roland Drum pad to infuse incredible drum and keyboard samples into their already great songs, put over the top with their style that I can only describe as a female fronted Weezer mixed with Hot Chip. Every song left the audience asking “What the hell is going on?” as they tried to figure out where certain tones were coming from as the guitarist and drummer both were playing samples and their instrument. A great close to an amazing night of music. Hopefully not the last show at Trash Casual headquarters.

All photos courtesy of AJ Tobey