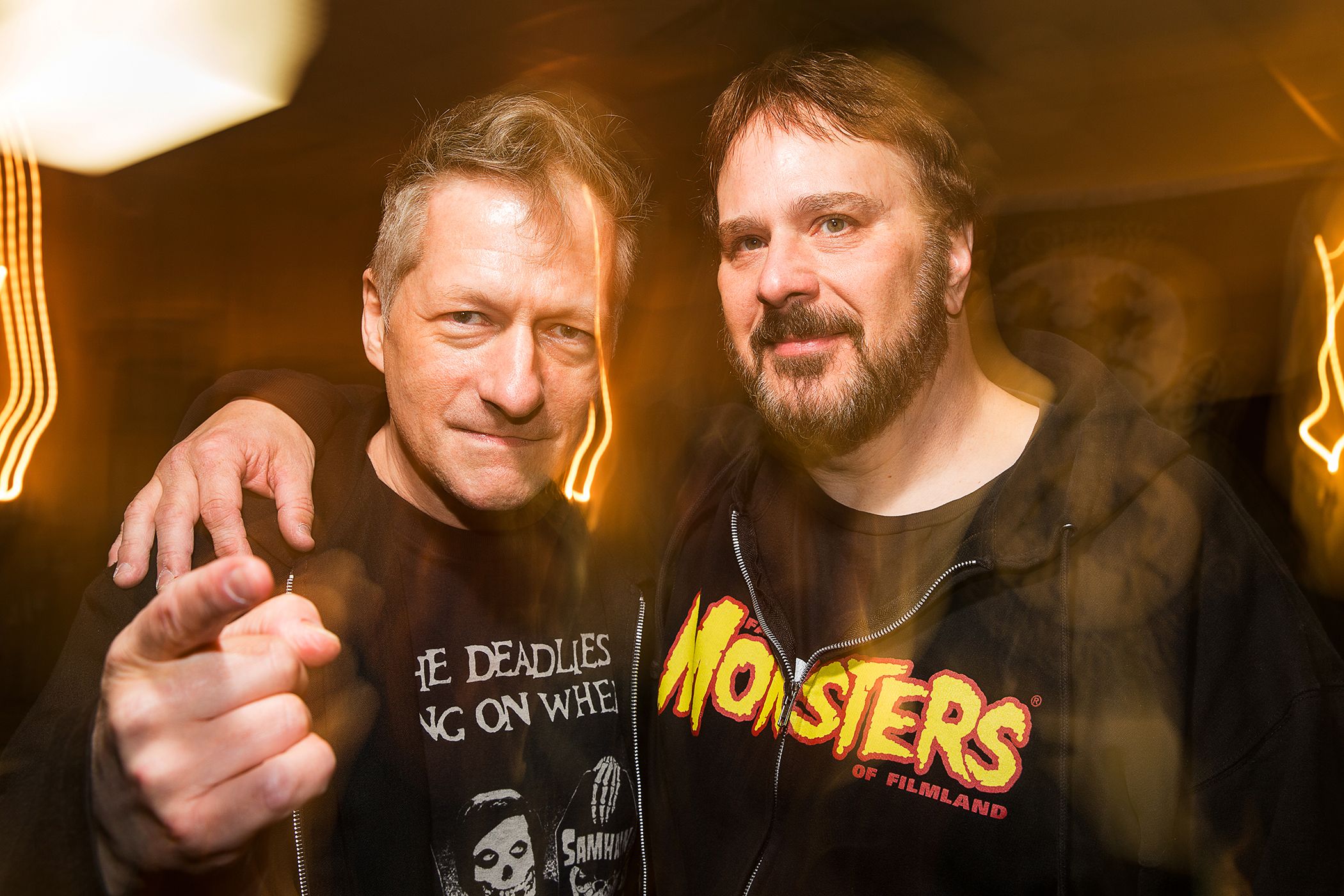 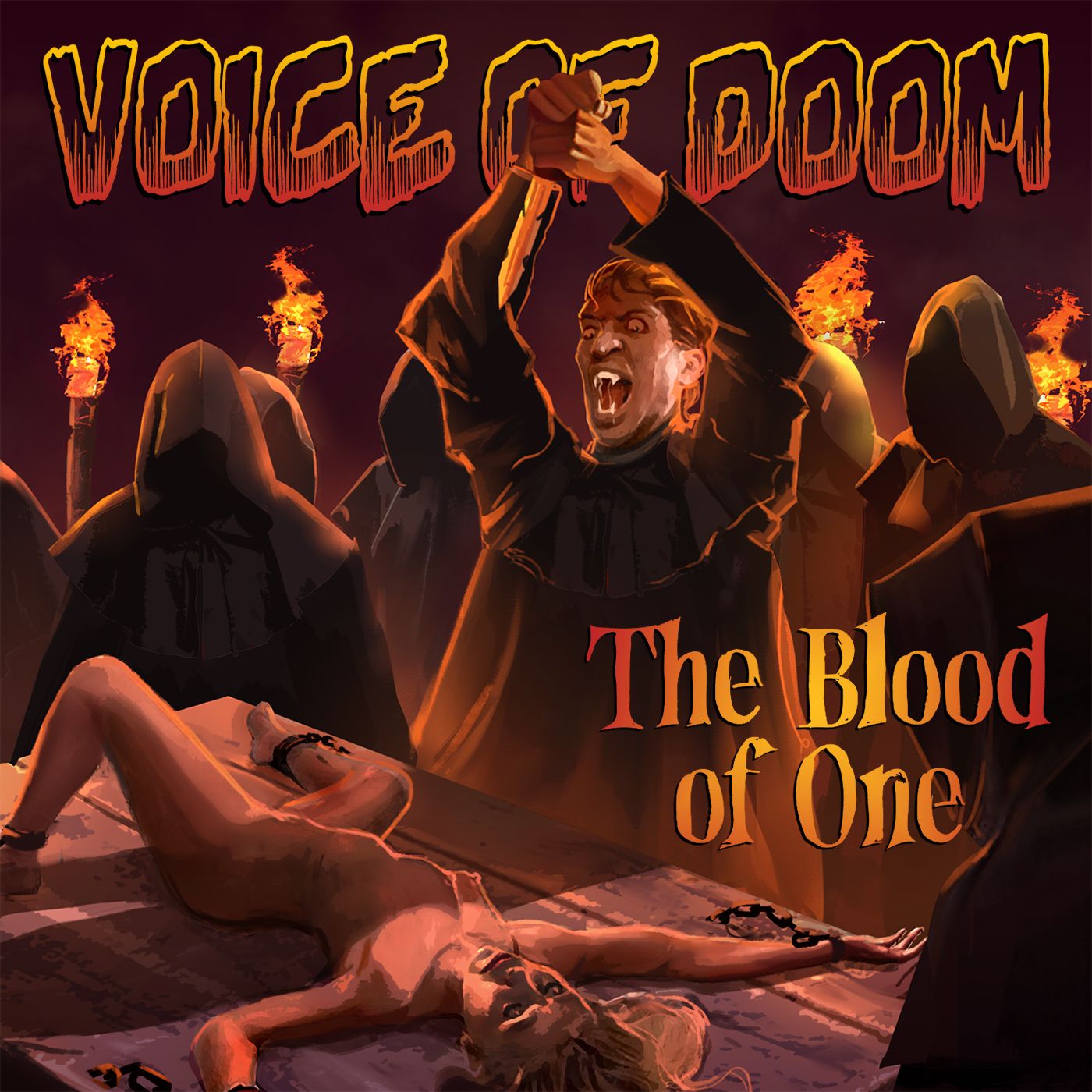 Tell us about the new release “The Blood of One” – what was the inspiration behind this release?

Steele: This new release was supposed to be side 4 of our STILL upcoming live album. We recorded one of our last live shows, but due to COVID we're having trouble getting the tapes to get mixed. Since a lot of material in the live set was on the first live album we were short on side 4 so we wanted to tack on new studio stuff we had recorded. We just decided, fuck it, right now lets get this stuff out and worry about the live stuff when we can finally get our hands on it.

Heim: This one has a thinly veiled theme, based on doomsday cults. We touch on some actual, infamous groups like The People's Temple, The Process Church of the Final Judgment, Heaven's Gate, etc. I've always been fascinated with how otherwise mature, thinking adults get swept up in supernatural beliefs.

How have you guys remained so prolific since you got back together in 2013?

Steele: I guess I got a big mouth..I dunno if everything we do is important but I hope at least it's entertaining.

Heim: We just keep churning stuff out because we enjoy it. I think of what we're doing as a midlife crisis hobby, haha!

The band’s sound has seemed to incorporate more 70s rock (Gene Simmons cover?) and mid tempo metal influences recently. Would you agree, and has this just happened organically?

Steele: Definitely...VOD always claimed to be a hybrid mix of classic metal and punk. Heim and I were always big Kiss fans, Almost Human is a great underrated song with a great theme. And fuck it, we're VOD. We can do whatever we want.

Heim: I feel as though we've been returning to our roots and maturing a bit musically, not that we've abandoned ripping thrash beat songs. I'm working on one now actually.

“Diablerie/The Glider” is one of the best displays of this genre blending approach, also full of the crooning and punk vibes we’ve come to expect from Voice of Doom. Can you elaborate on how this song came about in more detail?

Steele: Thanks for that, yeah it's kinda keeping in with the "Sabbath" approach of song arranging. I always liked how they'd put in something, totally different at the end. Not that it SOUNDS like Sabbath, but that was the inspiration. Honestly though, I like VOD to not sound like one specific thing. Whether it's fast or slow I think it all sounds like us. Plus, working with Mike Butcher was a great influence on arranging.

Heim: That one is exactly what you said, and a mashup of all of our influences, all thrown in the proverbial pot.

What’s the plan for VOD in 2022 and moving forward?

Steele: Well if we don't all die from COVID or a nuclear attack I'd like to get the live album finished, and do a few shows. Anything after that is gravy.

Heim: We're also working on a split 7" release with a local favorite in the Horror Punk genre. We're each covering a song from each other’s catalog, along with a couple of surprise cover tunes. Beware!

Tell us the truth – are any of you, past or current members, in a demonic cult?

Steele: We all have demons, therefore we're our own cults in some ways.

Playlist featuring inspiration for "The Blood of One"