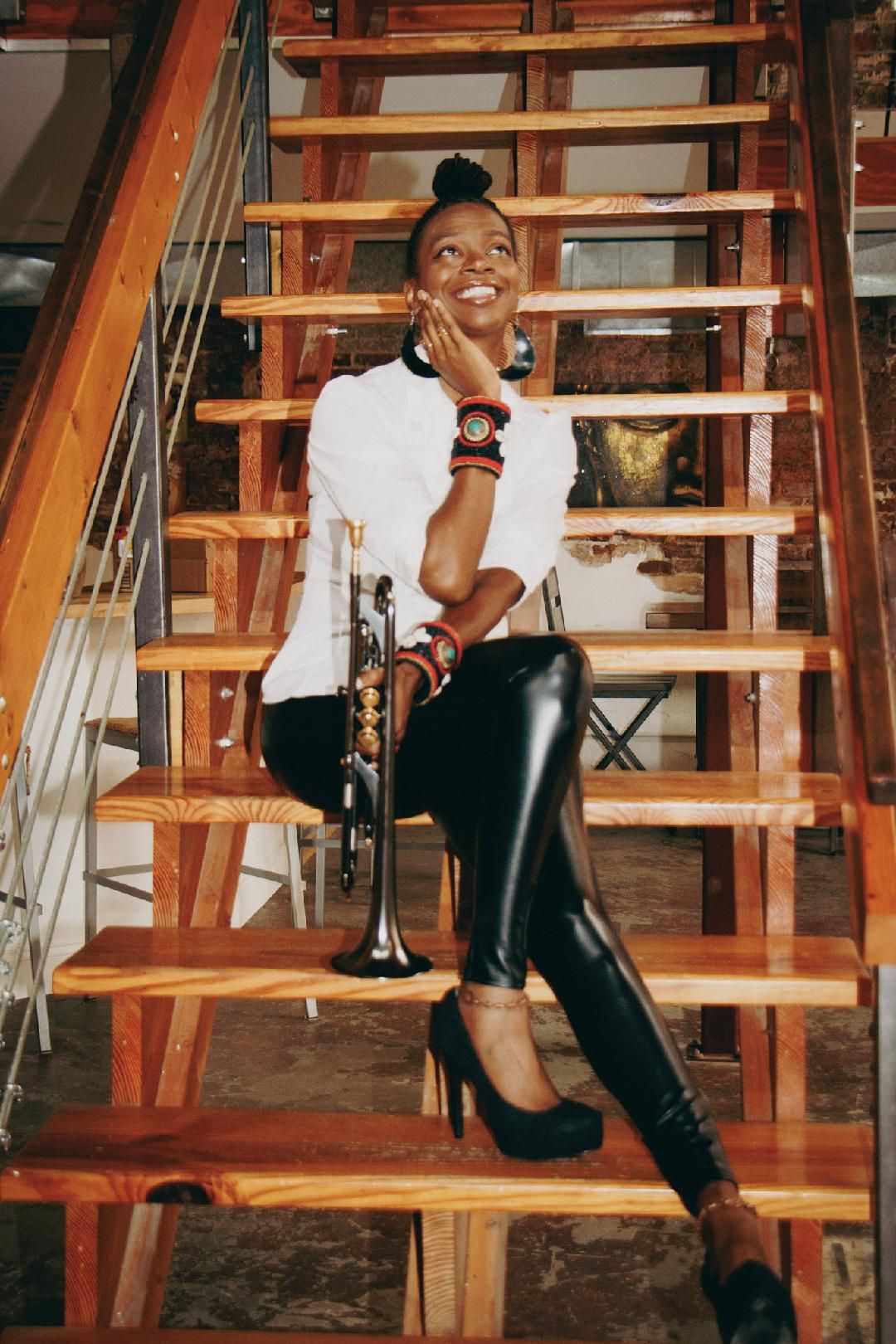 Tiffany Goode hails from Atlanta, Georgia and she began playing the instrument she is known for since the age of 10. She follows in the footsteps of legends like Freddie Hubbard, Miles Davis and others playing the Trumpet but she does it a little bit differently. Tiffany’s music is a unique blend of modern samples and electronic drums mixed a haunting often reverbed laced melody line that can only be described as something like a ghost trumpet. Almost as if it is sampled from some classic jazz recording and placed lovingly over contemporary R&B or pop music. Tiffany is one of the newest artists on Mint 400 Records exciting jazz sub-label Raining Music and she is releasing her new EP “12 17” on May 6th 2022. We caught up with Tiffany and here’s what she had to say:

Did you start in any other projects before you went solo?

I played with and still play with several bands/ensembles. I play with Orchestra Noir an all African-American Orchestra based in Atlanta and I preciously played in an all female reggae group called, Sol Rizing. I have composed and played music for film and television including Joy Road, Every Scar and Dimple, Break/Fast and most recently “Spring and 3rd,” which is currently airing on Tubi. I have also created original music scores for dance productions and for other artists.

Tell us about your previous solo records?

Tiffany was kind enough to share with us just a little bit of what inspires her:

What is different with this new EP?

I love all my babies, but I love them all for different reasons. “1217” gives you a glimpse into the other sides of me and some of the other influences. Being from Richmond, VA, we received music from a lot of different places and college expanded upon my musical palette. One of the things I adore doing with jazz is combining it with other genres. This album gives you some ultra modern cinematic jazz feels, acid jazz, Old School Atlanta skate night and funk. Its a Modern Jazz album that I hope appeals to not just the traditional jazz scene, but that it also appeals to people who aren’t necessarily into jazz.

The jazz scene in atlanta is Robust. Atlanta as you may imagine is full of musicians. The scene has changed a bit as spots have closed or changed. You can guarantee for every Spot that closes another opens. We have incredible people like Lil John Roberts, Rhonda Thomas, Russell Gunn, Dionne Farris, OK Cello and Julie Dexter.

How did you hook up with Mint 400 Records/ Raining Music?

I met Mint 400/Raining Music through ReverbNation. I applied and was selected as an Artist. Neil and I spoke and he was very professional and willing to make me comfortable in our partnership. I am excited for the partnership and an hoping to achieve some spectacular things with this release.

Who are your favorite Trumpet players of all time?

Who are your favorite peer musicians to play with or see?