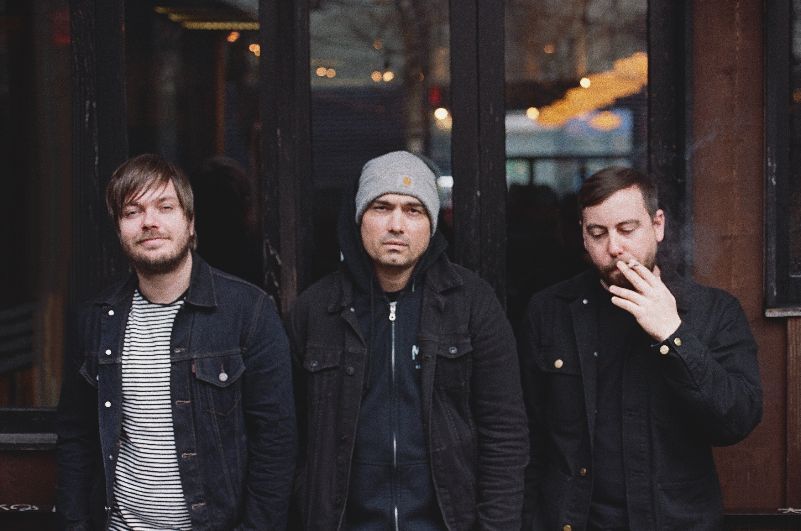 Finding adequate wording to review Pass Away’s Thirty Nine is about as difficult as resisting the urge to make a joke about what may be in Brooklyn’s water supply. The borough generated remarkable works this year from the ranks of MakeWar, Tired Radio, Taking Meds, and Neckscars. Pass Away’s anticipated follow-up to The Hell I’ve Always Seen is the perfect topper to another great year for BK punk. I leapt at the chance to review the record when I saw “members of I Am The Avalanche and Crime In Stereo,” the latter of which I spent my post-high school years overtly worshipping.  The record demonstrates the type of musicianship one would expect from such alumni but with little more than a shadow of their respective sounds. Eric's drums are hard and serve the song and John's bass is riddled with subtle melodies and runs that don't distract. With Mike's Westerberg-esque lyrics, pretty-yet-gritty vocal style, and melodies reminiscent of the late/great Tony Sly, this record easily hits my top 5 of 2021.

“Chic’s Beach” is an effective mood-setting opener to ease me into the next half-hour of celebratory dread I’m about to experience. “Halloween” explodes into a (good) Weezer-esque chord progression with a taste of the type of singalong choruses and hooks that are on the way. “Bartender’s Lament” sounds like a drinking song and the autobiographical nature of Mike’s lyrics are on beautiful showcase here, living his low-life high while he kicks out the singer of Brian Jonestown Massacre so many times. “Moss Bar,” a song written behind a New Orleans cemetery, is thick with hooks and sneaky layered production by Brooklyn’s own Jon Markson (who has been prolific as ever with a scene seemingly burgeoning around him). “Bushwick” might be the saddest fucking thing I’ve ever heard on a punk record as Mike greets the day playing the tape back from prior evenings of drugs and booze that should have killed him, or, at the very least, broken his teeth. “St. James” is a straight-up melodic punker, “Oreo” is another wonderful showcase of the type of signature production coming from the SteelWolf himself, and “Coffin Hands” is an album highlight. The arpeggiated guitars beckon cozy memories of YFW-era Brand New or Polyanna-era Northstar, a chorus that was written for a pile-on, and a little nod to Hot Rod Circuit that can be our little secret.

As Bukowski wrote: “I knew that I was dying. Something in me said, go ahead, die, sleep, become as them, accept. Then something else in me said, no, save the tiniest bit. It needn't be much, just a spark. A spark can set a whole forest on fire. Just a spark. Save it.” With plenty of songs about drinking to die and dying to drink, Thirty Nine is that spark. Please don't sleep on this album for another minute. For fans of: The Lawrence Arms, The Menzingers, Iron Chic, Heart Attack Man.