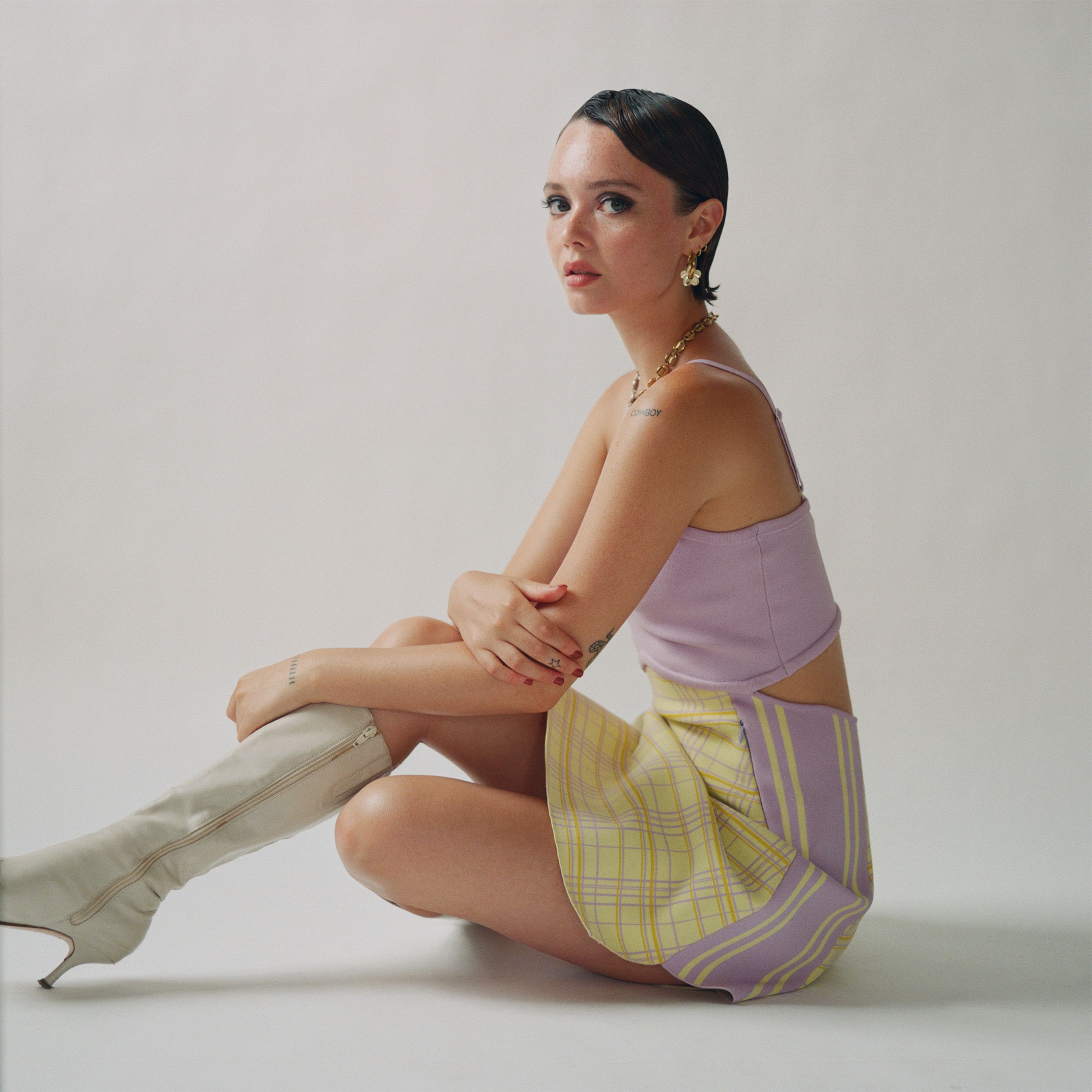 Hailing from Brooklyn, Charlotte Rose Benjamin’s new LP Dreamtina pays homage to the 90’s but with modern spin. It ends up sounding like a cross between the old guard of Liz Phair and Juliana Hatfield but mixed with Phoebe Bridgers, Nat Vazer, Claud and other female fronted indie pop of the 2020’s. The hooks are there in every track, melodies for days, along with a mellowed out feel like Fountains Of Wayne or Weezer. All of it though has its basis in 60’s pop, and uses common pop techniques in every song. In songs like “Satisfied” it kind of has that hard edge like Courtney Barnett and the next minute we are in the song “deep cut” which is as close to Mazzy Star’s “Fade Into You” as you can get without covering it. I really love that this artist is not afraid to try it all, by track 5 “Slot Machine” we get some country twang thrown in. I have to say she does it all well. It’s always great when an artist stays within their wheelhouse though and doesn’t try to be too eclectic just for the sake of being eclectic. The one and only thing I have to say I would love to hear from this artist in the future is what is the thing that Charlotte Rose Benjamin does so that I know this is a Charlotte Rose Benjamin song? I feel like the chameleon like writing quality of the songs is most likely the result of culling songs for years and then finally pulling them together into one collection. I feel like the track “Gracie” might be one of the tracks where we get a more introspective at who Charlotte is, it seems to be the most personal of the tracks on this release. I love the first line as she apologizes “Gracie, I’m sorry I ruined your holiday, I only wanted to give you my love”. It’s odd what lines just hit you the right way when you are reviewing albums. Maybe that’s projection though. I can hear plenty on this release to love and it’s like single after single. I feel like I’m listening to Wet Leg 2 years before they were famous. This has all of the elements of something that could blow up quickly and I hope it does, it’s a great album.

Charlotte Rose Benjamin will perform 4/24 at Baby's All Right in Brooklyn.